In search of Zorba

This biography is a recap of her authentic life

Although she hadn’t requested anything, Pia Petersen was born in Copenhagen. She was supposed to walk into life in France where her parents lived but from the very start, it was complicated. She should have been French but her mother decided otherwise. She desired her first child to come into existence in her country of origin. Nobody knows why. Her mother was a pleasant person but not content with inflicting a specific nationality on her daughter, she divorced, left France, forcing her child to follow her. Pia Petersen tried to resist but in spite of her rebellious mind, she integrated the country named Denmark.

Ever since, Pia Petersen questions the legitimacy of origins, to deliver herself from it.

At the age of seven, she announced to her parents that she was a writer and her major task would be to free the verb. She, however, doesn’t know from where she got this idea. She did not refuse her compulsory education but thought she didn’t learn much, nothing significant or essential. Ipso facto she attended school but occasionally, much to the comfort of her teachers whom she sidetracked with questions. Her teachers called them her insidious questions.

She never really adapted to Denmark where she continuously exceeded standards, roamed around in margins, always out of categories. She had already decided that French would be her writing language but aware of her lack of life experience, she decided she needed to discover the world and other cultures.

She was almost sixteen when she realized her first attempt at escaping. She fled high school and traveled to Greece in search of her great love, a fictional character named Zorba the Greek, the hero of the Greek writer Nikos Kazantzakis. She spent one year in Greece making her living off small jobs, like cleaning hospitals, renting cars, selling clothes, serving drinks and coffee but she didn’t find Zorba and returned to Denmark. She again tried adapting to her country of origin, but was quickly suffocating because of the precautionary principle that prevented her from inhaling life. She needed escaping as soon as possible. To do so, she worked in hotels like Sheraton and Codan where she dealt with reception, reservations, switchboard operator, all of this being watched by a worried hotel manager. Her innate critical sense seemed to weigh heavily on the daily lives of the management and they looked more than happy when she resigned.

She decided to leave for France. With only 10 euros in her pocket and something like 15 French words, she got on a train for Paris. As for what was to come, she would figure it out some way or another. 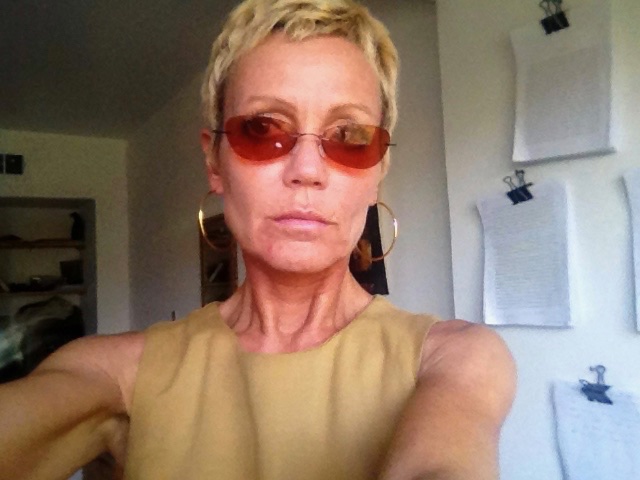 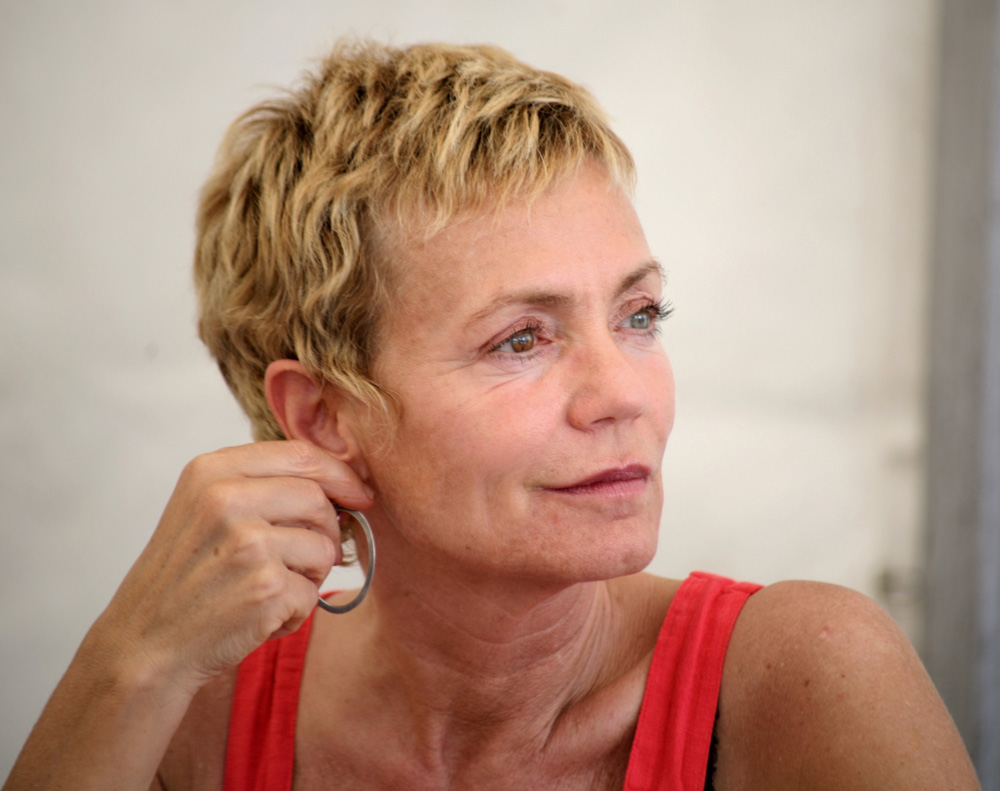 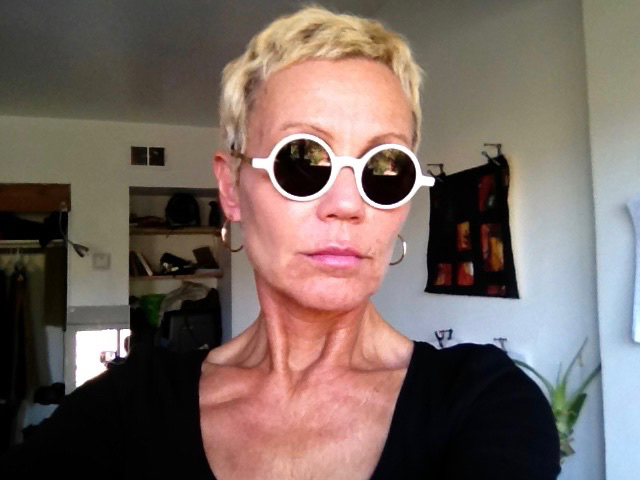 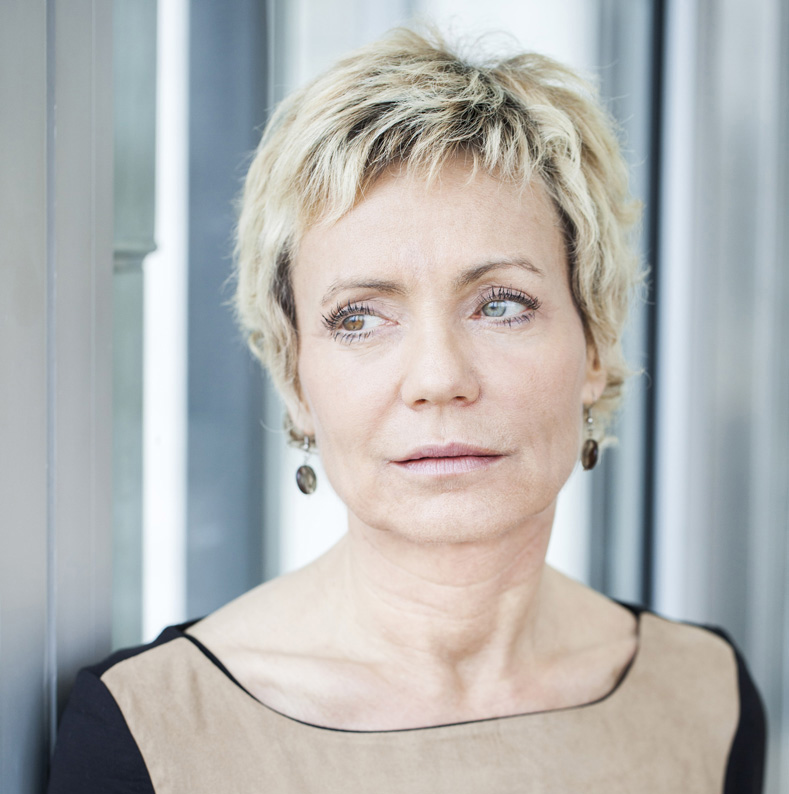 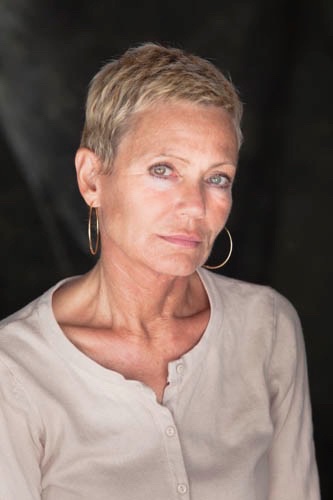 Her debut in Paris was more complicated than it should have been. After a prolonged period where she was immersed in a cult, she shared an apartment for some time with small-time gangsters. She learned a lot about life and justice. Her first step in learning French was reading The Red and the Black by Stendhal, using a Danish-French dictionary to understand what was written. It was an arduous task. She chose between ten and twenty words on every page and learned them by heart.

Gradually she managed to structure phrases, sentences, paragraphs. She worked in fast-foods and restaurants, handled mailings, telephone sales, she was a shop assistant and had part-time jobs in hotels. She appreciated those jobs. Writing demands an independent mind and these jobs didn’t require any intellectual effort, but only her capacity of doing and obeying. Alas, she sorely lacked this character trait, the ability to obey and her often innocent reflections forced her to seek new jobs very regularly.

She is constantly asked why she chose French and here is one of her answers: French is a very open-minded language, no definition seems conclusive or permanent, you can always add a word or modify something, it’s always being created and you can negotiate meaning. She has other answers in case somebody one day asks her to develop her thoughts on the matter.

After learning whatever she could from the streets, she enrolled in the Sorbonne, the Special Entry to University. She wanted to explore philosophy. She had to resign from the hotel where she worked. The manager didn’t accept flexibility, and he hated philosophy and literature. She never compromises, ever. She found another job at the French railways, where she convinced the CEO they desperately needed a Dane who spoke French. She was hired at the Gare du Nord where she began her career in ticket sales department. Her career was short and sad. Incapable of obedience, she was rapidly and discreetly demoted into information. It didn’t work well. She ended her dazzling career at SNCF in a small glass bubble on the platform of the railway where she indicated the location of the restroom for helpless travelers. The manager gladly waved his hand when she decided to leave.

She graduated and entered philosophy at the Sorbonne. It wasn’t as easy as one could think. In a very poorly spoken French, she had to convince the board that she was essential to the world, that history could not be made without her and that she would learn French in the blink of an eye, in a heartbeat, in only a second. Skeptical and without enthusiasm, the board accepted.

One would imagine it changed her life, made it easier, but it didn’t. Not only it didn’t improve but her life conditions became tougher and tougher. Learning French and philosophy at the same time turned out to be difficult. She didn’t really know what philosophy was, mainly because she hadn’t acquired anything valuable during school in Danemark but she did what she could to catch up working twenty-eight hours a day.

As time to work lacked and she still needed to eat, she begged for money on the streets and counted her pasta which for many years was her only food. She didn’t enjoy it but thought of all the books she would write.

Life can be complicated and it was. At intervals she thought that life wanted to get rid of her.

After a few episodes that she will not tell, she left Paris for Aix-en-Provence where she completed her master's degree in philosophy that she obtained with honors.

She began writing seriously. Or not. She is not quite sure. But she wrote and that’s what life was about, writing.

She moved to Marseille where she opened the bookcafe Le Roi Lire, books and wine and discussions, the bookstore was open for various activities: readings, debates, chess-playing, storytelling, art exhibitions, concerts.
But writing took time. She closed the library and started writing full time.

Now she makes a living from writing. She refuses compromises, let it be said.

Her first novel Easiness games was published in March 2000.

Two years later, the writer Raymond Jean organized a meeting with Hubert Nyssen, the founder of Actes Sud who published several books: Sometimes He Talked With God, A Random Window, Crossing the Bridge, Iouri, A Pound of Flesh, Don Quixote's dog.
Three novels were published in only two years: A writer in full, Basic Instinct, My Name Is God.

She participates in numerous collective works and literary reviews.

In 2014, L'Atelier du roman published a number dedicated to A writer in full, number 77.

In 2019, she moved back to Paris and publishes Paradigma. 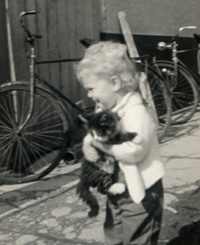 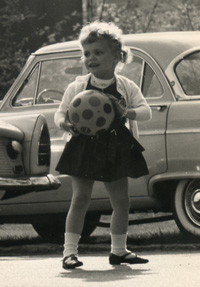 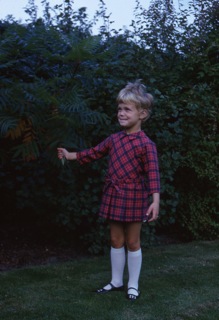 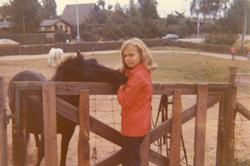